The Psalms of islam 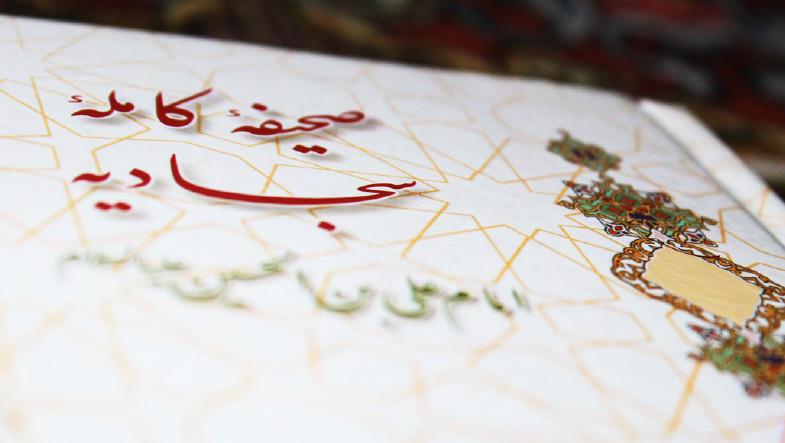 William Chittick is a familiar name for the researchers of the modern study of Islamic mysticism. As the author of many books on renowned figures of mystical knowledge in Islam, like Ibn Arabi and Rumi, Professor Chittick has established himself as an authority in the field of Islamic mysticism. He, however, believes that one of the most treasured of his works is his translation of the supplications of Imam al-Sajjadla), a son of Imam al-Husayn(a) and the fourth Imam from the Family of the Prophet, who survived the tragedy of Karbala. Speaking recently in Dar al-Hadith University in Qum, Chittick opined that al-Sahifa al-Sajjadiyya, translated by him to English under the title The Psalms of Islam, exposes esoteric dimensions of Islam, which are difficult to find in other early classical texts. In his translation, Chittick has provided us with a detailed introduction to the book discussing the different manuscripts of the text and voluminous commentaries written on it throughout history. He, moreover, elaborates on the life of Imam al-Sajjad(a) and explains certain central concepts of the book such as the idea of tawhid, the concept of supplication and requesting from God, the beautiful names of God, gratitude towards him, etc. According to him The Sahifa has been called by various honorifics, such as ‘Sister of the Qur’an’, ‘Gospel of the Folk of the House’, and ‘Psalms of the Household of Muhammad’.

Translation is an art which rests on two pillars, beauty and accuracy. Chittick has been meticulously scrupulous in both these aspects. With regards to the latter he writes, “The present translation of the Sabato follows the Arabic original with as much literal accuracy as could be contrived while maintaining a readable and understandable English text.” Where difficulties arose in interpreting the meaning of the text, he has followed the commentary of Sayyid ‘Alikhan Shirazi and the Persian translation and commentary by ‘Ali Naqi Fayd al-Islam. “I have not tried to be exhaustive in the notes, aiming only to identify proper names, clarify obscurities, and point to a few of the Qur’anic references in order to suggest how thoroughly the text is grounded in the revealed book,” he says. As to the beauty of the text, he does not need to say anything as his work speaks for itself.

About the book itself he writes, “The title Al-Sahifat al-Sajjadiyya means simply ‘The Book of al-Sajjad’. Al-Sajjad is one of the titles given to Zayn al-‘Abidin and signifies ‘the one who constantly prostrates himself in prayer’.” The book is often called Al-Scan:fat al-Kamilat al-Sajjadiyya, that is, ‘The “Per-fed”, or “Complete”, Book of al-Sajjad. Explaining what is meant by Kamila or ‘Complete’ Chittick writes, “According to its commentator Sayyid ‘Alikhan Shirazi, the word kamila refers to the perfection of the style and content; some sources state that the adjective was added to dif-ferentiate it from another, incomplete version of the work, which is known among the Zaydis.” He, however, rejects this latter idea because it “seems less like-ly, given the manner in which the title is employed in the preface (verse 20).” The Sahifa has been called a ‘prayer manual’, but this description may be misleading to Western readers, according to Chittick, for they are not familiar with the different varieties of prayer in Islam. Elab-orating on the subject, Chittick explains in his introduction, “Prayer’ in Islam can be divided into obligatory and voluntary.

The obligatory prayer includes the daily ritual or canonical prayer (salat) which the Prophet called the ‘pillar of Islam’, and various occasional prayers such as the Friday congregational prayer.” On the other hand the recommended prayer can be classified either as salat, dhikr or du’a’.” The none-obligatory recommended salat is performed in the same way as the obligatory salat on different times and occasions, or at any time that the worshipper desires. “It is related that Imam Zayn al-‘Abidin used to perform  one thousand supererogatory cycles of salat every night, in imitation of his grandfather ‘Ali,” writes Chittick. “Dhikr – which means literally ‘remem-brance’ or ‘mention’ and which is frequently translated as ‘invocation’ – is the mention of a name or names of God, often in the form of the repetition of a Qur’anic formula such as There is no god but God, Praise belongs to God, Glory be to God, or God is great. Most Muslims recite such formulas a set number of times after completing an obligatory ritual prayer. Du’a’ or ‘supplication’ is closely connected to dhikr, such that it is often difficult to make a distinction between the two. The term means literally ‘to call upon’ and it is commanded by the Qur’an in several suggestive verses.” According to Chittick, it is this latter type which is usually recognized in the modern Christian understanding as prayer. “Supplicating or calling upon God is to address Him with one’s praise, thanksgiving, hopes, and needs. It is ‘prayer’ in the personal sense commonly understood from the term by contemporary Christians. It forms a basic part of the religious life, but like dhikr, though commanded by the Qur’an in general terms, it does not take a specific form in the injunctions of the Shari’a because of its personal and inward nature.

Every-one must remember God and supplicate Him, but this can hardly be legislated, since it pertains to the secret relation-ship between a human being and his or her Lord.” But how have the supplications of Imam al-Sajjad, which should be private by nature, have achieved such a wide circulation? To answer this question Chittick explains that “The private devotional lives of the great exemplars of religion often become public, since they act as models for other human beings. The ‘sunna’ of the Prophet is precisely the practices of the highest exemplification of human goodness made into an ideal which everyone should emulate, and the supplications which the Prophet used to make are part of his sunna. When he recited them aloud, his Companions would remember and memories them. They also used to come to him and ask him for supplications which they could recite on various occasions and for different purposes.” Of course to the Prophet’s supplications, the Shi’ites add the supplications of the Imams, whom they see as the heirs to the spiritual knowledge of the Prophet. In addition to this, Chittick elaborates on the role of supplication in the believers’ spiritual life. According to him supplication provides a means whereby people can think about God and keep the thought of Him present throughout their daily activities. It is an intimate expression of tawhid which shapes the sensibilities, emotions, thoughts, and concepts of a believer. “In the Islamic context, supplication appears as one of the primary frameworks within which the soul can be moulded in accordance with the Divine Will and through which all thoughts and concepts centered upon the ego can be discarded.

The over-whelming emphasis in the Sahifa upon doing the will of God – ‘Thy will be done’, as Christians pray – illustrates clearly a God-centeredness which negates all personal ambitions and individual desires opposed in any way to the divine Will.” I think anyone believing in God, regard-less of their denomination or religion, would find al-Sahifa al-Sajjadiyyah an inspiring book of supplication to which they can relate, and should find praying with it an elating experience. Professor William Chittick [Stony Brook University] from Milford, Connecticut, did his BA. in history at the College of Wooster (Ohio) and then went to Iran, where he completed a Ph.D. in Persian literature at Tehran University in 1974. He taught comparative religion in the humanities department at Sharif Technical University in Tehran and, for a short period before the revolution, was assistant professor at the Imperial Iranian Academy of Philosophy. He returned to the United States in January, 1979. For three years he was assistant editor at the Encyclopedia Iranica (Columbia University), and from 1983 he has taught Religious Studies at Stony Brook. His wife is Professor Sachiko Murata, a Professor of Religion and Asian Studies at the State University of New York at Stony Brook. Chittick is author and translator of thirty books and one hundred-fifty ankles on Islamic thought, Sufism, Shi’ism, and Persian literature. His most recent book is In Search of the Lost Head: Explorations in Islamic Thought (State University of New York Press, 2012). In his next visit to London, he will be deliver-ing a course on ‘Islamic thought & philosophy in Confucian terms’.

The course in brief highlights the character of Liu Zhi (ca. 1670-1724) who was one of the most important scholars of Islam in China. His “Tianfang xingli” (Nature and Principle in Islam), was his greatest work where he ar-ticulated Islamic thought with Neo-Confucian terminology. The course Islamic thought & philosophy in Confucian terms’ will be held by Islamic Circle on Sunday 17th March 2013, between 9am- 5pm at Birkbeck College, Malet Si, London