United by faith divided by culture 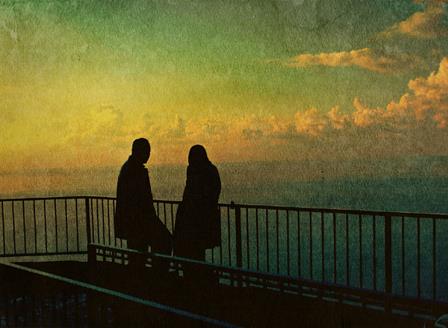 Most married people agree – it is hard work. But marriages between new Muslims and heritage Muslims have particular dynamics, often ignored by the majority. Having counselled many couples, the challenges of such relationships are clear. It helps to understand these difficulties, as greater insight means you are better equipped. Hopefully families and communities interacting with them can also be more compassionate and responsive to the couple. One of the major challenges is that these marriages are also mostly cross-cultural, and despite a glorious legacy of diversity within Islam, we do struggle with genuinely meeting across ethnic and cultural divides.

I’m often approached by young people who feel crushed by families advising them against marrying someone of a different culture. So is such a marriage worthwhile or right? ‘And of His signs is that He created for you mates from your own selves that you may take comfort in them, and He ordained affection and mercy between you. There are indeed signs in that for a people who reflect. Among His signs is the creation of the heavens and the earth, and the difference of your languages and colours. There are indeed signs in that for those who know.’ (30:21-22) I come across many families who enjoy the blessing of such marriages. In searching for a spouse, the Qur’an advocates choosing the most pious candidate and the new Muslims who have fought to claim their religion are maybe some of the most pious.

Their passion for Islam and discovery of its teachings often bring confirmation of core beliefs to the whole family. However, reverts also often speak of their struggle – and sense of rejection – in finding a spouse among those who are born into Muslim families. ‘They only want to marry someone from their own community.’ Both, converts and heritage Muslims who are contemplating marriage generally find it painfully hard to defy family, especially when they are close-knit. Some people feel so angry that they become estranged or lose faith; they feel, after all, they are doing nothing wrong in marrying a Muslim. Being seen as second class by Muslims who in other ways celebrate reverts, is a devastating experience. Islam is such an egalitarian religion – yet though in principle we understand and maybe even love the idea of relationships between new Muslims and heritage Muslims, in practice there is often a fear about relationships that don’t follow the norm. Of the marriages that do go ahead, many experience conflict.

Families from both sides may experience the new marriage as a betrayal of culture, and even broad-minded families worry about the marriage’s stability. These oh-so-human fears can be damaging. These relationships are under pressure from the beginning – because they are under the spotlight for being different as well as maybe not being fully supported by the wider community. However, there are other powerful factors that affect the relationship. All couples bring these into relationships, but they are perhaps more intensely felt within the revert Muslim-plus-heritage Muslim marriage. People convert for many reasons, but for almost all reverts it is a serious change of heart and of lifestyle. Often, for the convert partner, the intention and assumption is that they are coming into or creating an idyllic Islamic home. Though this is not the case for all reverts, many expect that married life will be about realising this dream. Even those who are converting in order to marry the man / woman they love are encouraged to explore the teachings and become as passionate about the faith as they are about their husband /wife. They want life to be different. And they would like to hold onto some of their cultural identity.

For heritage Muslims, though they too may hold this dream, it’s different. They’ve often not needed to distinguish between religion and culture, or if they have, they’ve probably been making allowances and tolerating those complex relationships their whole lives long. They have an insiders’ perspective; more forgiving, blinder to community problems maybe, perhaps more invested and caught up in the status quo. While many heritage Muslims are attracted to marrying reverts, they probably won’t have considered how radically different this relationship will be. Often, born Muslims imagine this relationship will allow them to escape from cultural expectations and family demands, as well as a way to make sense of cultural conflicts in their own lives. But alongside this there are still many values and traditions that they would like to hold onto. So both individuals subconsciously believe that they can shape their spouse into someone that fits. But is it wrong to have these assumptions that can and do clash in relationships? Because these issues tend to emerge in the relationship they can’t be predicted or avoided.

For Maria and Asad (names changed for confidentiality), he can’t understand why Maria wants to hurt his family. Can she not just fit in? Maria wonders why he doesn’t love her and if it’s right to do something she feels is wrong. Can her husband not be as brave as she has been? Asad’s culture is more family-oriented, whereas Maria’s is more individualistic. This can all sound a bit depressing. Why has God created such diversity? Though these situations challenge, there are huge benefits. As God says, for every difficulty, there is ease. When your cultural identity or your perspective as a man / woman is being threatened, it means that your inner self is being challenged. In other words what is being demanded of you is that you transcend that limited self. For example, this may mean that you have to develop courage with compassion in the face of community pressures. You have to decide how to bring up your children. You may learn to create what you believe to be true and good with the other person, not in spite of them. This is the other side of all the challenges; the thrill of experiencing different beliefs and values that emerge for real in the melting pot of marriage and family life. There’s no rule-book for the unique circumstances of each couple, so people have to find their own way. This is a powerful stage; though coming together is a risk, there’s excitement and possibilities too. I’ve seen reverts delighted to learn from the born Muslim, and vice versa.

They’re outside of the box of conformity and that’s liberating. The potential for spiritual growth is true of all marriages; it’s said it’s half the faith precisely because it challenges your self-concepts. But in a marriage between a convert and a heritage Muslim, you have an X-factor. Because you are guided by faith, you have the guidance of your teachings. By aiming for and understanding humility and truth and love as a lived reality and spiritual necessity, this marriage is fulfilling its highest purpose – of enabling them to come closer to God. Being with someone who’s different is challenging, but how true are God’s words! ‘O mankind! Indeed We created you from a male and a female, and made you nations and tribes that you may identify yourselves with one another. Indeed the noblest of you in the sight of God is the most God-wary among you. Indeed God is all-knowing, all-aware’. (49:13) Such relationships are transformative. Others will be inspired by a relationship that’s gone beyond cultural confines to reflect the glorious truth of the verse above. In working out deep tensions of culture, gender, race – modernity through their faith, these relationships are vibrant arenas of discovery that go beyond the basics to discover what and ‘who is most righteous of you’.