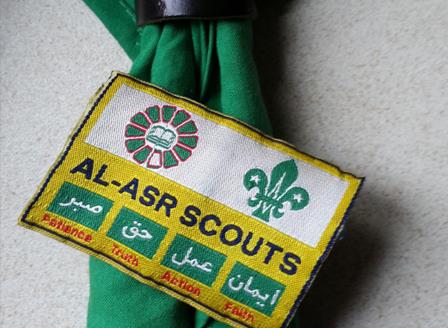 ‘I promise to do my best.
To be kind and helpful. And to love God.’ The Beaver Scout Promise