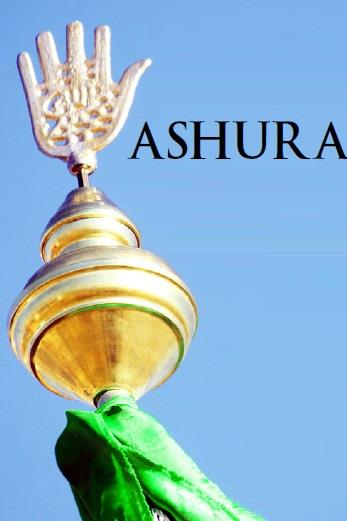 It is not uncommon to
hear people say “How fast Muharram has come and gone!” after the day
of Ashura, the day on which the grandson of the Prophet and his family were
slain in cold blood. For many of us, the climax of this period of mourning is
the recitation of the Maqtal martyrdom epic of Imam Husayn a on the day of
Ashura. While there is a quieter, deeper atmosphere of grief the night after
the day of Ashura, sadly by the following day the majority of us have slept it
off and returned to our normal daily lives. We need to ask ourselves two
pertinent questions in this regard. Are our emotions for the Prophet and his
family, limited to the first ten days of Muharram and the recitations we hear
in the mosque? If that is so, shouldn t we be calling lecturers or eulogists
entertainers ? Are we not saying to them: “Make us cry so we do not have
to feel guilty when we walk out of the mosque and go back to our daily
routines?” What happened to the energy and spirit with which we claimed
never to let the message of Husayn die during the first ten nights of
Muharram? I have no doubt that in that moment of emotion, every one of us means
and believes these words – indeed it is the miracle of Imam Husayn a that his
love awakens even the hearts of the unconscious. But why do we forget all this
so easily after Ashura? One explanation for this state of affairs might be that
when it comes to Islam and Husayn ibn Ali a , we are still emotional teenagers.
Perhaps what we have is a romantic crush on azadari mourning . Perhaps we are
in love with the idea of loving Husayn a because the ideals he stood and died
for are so noble, so high that who can help but to want to be associated with
them?

In our minds, we are
hopeful and sometimes foolishly confident that had we been in Karbala on the
day of Ashura, we would have joined the camp of the Imam a without hesitation.
And it is nice to believe this. But we need to sit back and consider that we
are also laden with responsibilities and obligations which are not incommensurate
with those felt by the companions of the Imam; obligations which may themselves
need struggle and sacrifice. The one thing that stands out in Karbala is that
no one asked what, how or when? but everyone knew “why?” This is
why we have an excellent example in 72 different people – from different
tribes, different ages, different walks of life – all presenting their
sacrifice in their own unique ways, but not one of them conflicting with the
other in purpose. If we only step back for a moment and ask that same question,
we might find the answers to both the issues mentioned above. We need to ask:
why are we mourning the Imam s ? To answer this, we will need to understand
the magnitude of his message and that will force us to go back to history and read
about what happened in Ashura and the consequences of that momentous event. A
tradition of the Prophet Muhammad s says: “Surely, there exists in the
hearts of the believers, with respect to the martyrdom of Husayn a , a heat
that never subsides.” Did the Ahlul Bayea go through so much simply to
gain sympathy and pity for eternity? Was this the message? Karbala evokes the
strongest emotions within us because we re then supposed to use this emotional
high as a spring-board to create a revolution within ourselves. Yet, if we find
that we can-not do something as simple as change a single habit in these months
for the better then it only indicates that our emotions are superficial like
those of the people of Kufa. We write poetry saying that someday the flag of
Imam Husayn a will fly at the top of every house. Do we realize that we are
also in some ways passing the buck? We seem to be waiting for someone else to
do this hard work for us instead of understanding that the responsibility of
maintaining the message of Husayn ibn belongs to no one else except those who
appreciate the sacrifice of Husayn. Let us never think that we are doing the
Prophet and his family a favor through anything we do in their name. The
Prophet promised his beloved daughter Fatimah al-Zahra a that the mourning
for Husayn a would be preserved until the end of time. Whether we decide to be
part of it or not, it will continue. The favor is on us that we have been
blessed with the knowledge and awareness of the status and honor of the family
of Muhammad s . This is a Mercy to us from God and as such it is up to us to
decide whether or not we show appreciation for His love and attention. During
the days of mourning, we distanced ourselves from celebrations and the
frivolities of life. That is why these are the best days to reflect and focus
on what needs to be changed in our lives. Let us, this year, liberate ourselves
first each and every one of us – before we begin to dream of liberating the
world!