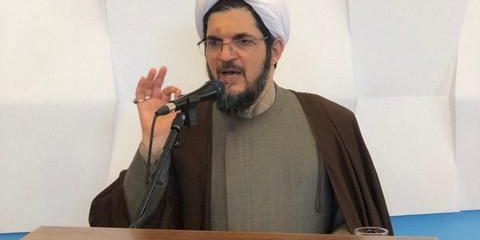 And they are happy in the way of guidance.

The meaning of guidance

The word guidance in the Quran and Nahj al-Balagha has been used against whims, and when pious follow the guidance, it means that they do not follow whims and self-command. Amir al-Mu’minin says about the reaction of the Imam Mahdi about the people of the that time:

Those who have been guided are liberated from the control of the whims. Anyone who puts his / her whims to his / her gods will naturally not be right or wrong about what he / she is doing and will fall apart from the way of guidance, which is the meaning of non-worship.

The meaning of vitality

Vitality is against boredom, and in the word it means being light and fast. The pious move in the way of God and worship  God and do things which brings satisfaction of God, and in this way they move with calm and easily. And they never get bored and ignored along this path.

This comes from their conviction of the promises that God has made to the believers, unlike the hypocrites, which their words are in Qur’an:

The hypocrites try to deceive God, but He is deceiving them. And when they stand for prayer, they stand lazily, showing off in front of people, and remembering God only a little.

Hypocritical people who in their privacy, are bored of doing divine commandments and various worships but are enjoying the joy among the people.

The hypocrite has three signs: he finds joy when he sees people and becomes bored when he is alone and wants to be praised in all his works.

The beliefs of the believers about the way that they are going and the results of it, and the realization that the world is a place of transition and experimentation and that its period is very short and transitory, and that the Hereafter is the place of survival and real life. It is not only on the path of constant guidance but it is the driving force in which it creates vitality for them.

On the other hand, it is the tradition of God to shed His love on the path of servitude to the heart and soul of the servant, and as he goes through, he becomes his lover and devotee until he attains sincerity and says:

Lord! I did not worship you because of  fear and greed, but because I found you worthy of worship. “( Bahar al-anwar)

This beloved human has come to a point where even if heaven and hell are not there, not a single drop of his worship will not be reduced, and for a moment the thought of leaving God’s servitude will not enter to his heavenly mind. This is the joy that Amir al-Muminin, despite the nightly care of the orphans, the pious, the hard work and fasting at the day time, still takes him in the heart of the night and in the solitude with passion to talk with his God.

The people of piety are so accustomed to the path of servitude and guidance that they are happy to serve as whenever there is an opportunity for further worship and servitude and they see it as a new season of year. Their love and affection for God is growing and flourishing. Winter is the spring for them. Imam Sadegh (PBUH) says:

Winter is the spring of the believers, (because) their nights are long and they use this long nights for worship and the days are short and they use it for fasting.

All kinds of joy in guidance

1- Joy in self-guidance: That is, the virtuous in the pursuit of knowledge, performing the worship of the obligatory , and abandoning the sanctity of the forbidden deeds in order to follow the path of guidance and growth, are with joy and without boldness. In Other word they have the desire to bring the satisfaction of the Lord.

2. Joy in guiding others: That is, the believers are not selfish, they are indifferent to the delusion and ignorance of the people. Corruption and ruin of people afflicts their them and hurts their hearts, and on the other hand, the know their religious duty completely well, so that they are indifferent and concerned and because of their high resolve in doing religious tasks, They make every effort to guide and assist the astray or those who have fallen into the trap of ignorance, and walk in this path with joy.

According to the Holy Qur’an, the Messenger of God was not only joyful in guiding and saving people from the path of error, but was also greedy about these tasks:

There has come to you a messenger from among yourselves, concerned over your suffering, anxious over you. Towards the believers, he is compassionate and merciful.

Imam Zayn al-Abidine (PBUH) says to God in part of the daily prayer of the holy month of Ramadan:

O God! In this month, give me seriousness, effort, energy and vitality