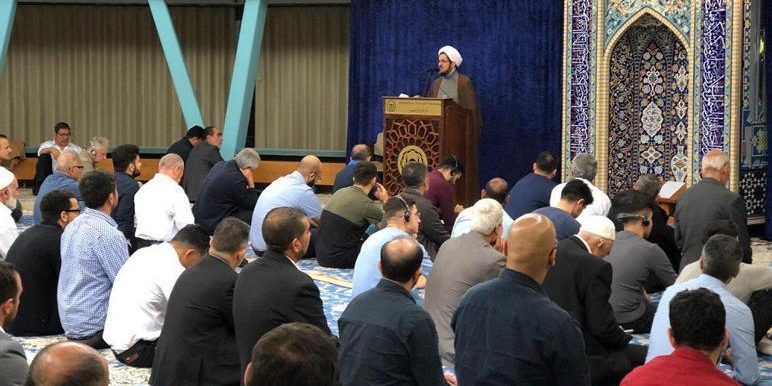 By day, they are tolerant scientists are virtuous benefactors.

Righteous charity is the twenty-first virtue that the
Amir al-Mu minin gives to the virtuous. The Prophet peace be upon him says in
the signs of Abrar and the righteous:

But the sign of the righteous
person is ten things: 1- He loves for God 2- He makes enemies because of God 3-
He talks for God 4- And separates for God 5- And he will be angry because of
God 6- And he Satisfies for God 7- he acts for God 8- he Asks for Approaching
to god 9- and humiliates while he is fearful, pure, and caring 10- and he does beneficence
for God

beneficence is defined as
“the spreading of the good” and the central meaning of the word is
the beneficence is “being good to everyone “, and this meaning varies
with regard to the difference of persons, subjects, and things, such as God s beneficence
for servants is grace and mercy which is for them as a pardon for theire sins and
the beneficence of the servant in the presence of God is to obey and to perform
the duties of servitude.

The beneficence of the father for
the children is the upbringing and care of his children and to fulfil their
needs and the child s beneficence for father is service, humility and mercy.

In the verses of the Qur an,
“Beneficence” or its derivatives are mentioned together with the
article “piety”. Some commentators consider the two words to have a
single meaning; some interpret the two as different but complement each other,
thereby enabling beneficence to do good things, such as doing righteousness,
obeying good deeds, and doing divine commandments and piety   as avoiding sins, not doing bad deeds and to
avoid from divine punishment.

beneficence and piety are
different in concept, but they are equal in representation, because beneficence
is also an example of piety, and vice versa. Virtue encompasses all instances
of beneficence, but whenever it is beside the word beneficence, beneficence
signifies the positive aspect and piety refers to the negative aspect.

Abrar Benefactors in the Quran

Righteousness
does not consist of turning your faces towards the East and the West. But
righteous is he who believes in God, and the Last Day, and the angels, and the
Scripture, and the prophets. Who gives money, though dear, to near relatives,
and orphans, and the needy, and the homeless, and the beggars, and for the
freeing of slaves; those who perform the prayers, and pay the obligatory
charity, and fulfill their promise when they promise, and patiently persevere
in the face of persecution, hardship, and in the time of conflict. These are
the sincere; these are the pious.

The attributes of the benefactors in this verse include three levels of
belief, ethics, and practice. The Almighty God has interpreted goodness in his
word as faith and benevolence in worship and transactions.

The highest dignity of the human being is his beliefs and beliefs;
hence, the Qur an, when counting the virtues of the righteous, after rejecting
the wrong aspects of righteousness, began to derive their beliefs and, as a
definition of righteousness, deviated from that definition, instead defining
the righteous. And that means that a concept without representation has no
effect and virtue. The Qur an points out in this way that charity is mixed with
soul of benefactors, so that the factor and action are
united with each other . The beliefs of the righteous are explained in this
verse:

Faith in Origin and Resurrection

The Almighty God began with faith in God and in the hereafter in
explaining the goodness of the benefecators, because it is the basis of all
goodness and the origin of all beneficence. And faith is not the root of beneficence,
unless it is firmly grounded in the human being with proof and with humility
and acknowledgment.

Angels are the mediators of God s grace and the planner of things, so
faith in them is necessary for the thanksgiving of mediating blessings, just as
the thankfulness of God is at the origin of all blessings.

Faith in the divine Mission and holy books

By this interpretation, faith in the mission of all the divine prophets
and their scriptures, and faith in them, requires their guidance, and the
secret that the believers and the righteous, especially the righteous, believe
in all the apostles and all the scriptures, That is, all the Shari ahs are the
same in the principles of the general doctrine.

Honesty:
Benefactors who have faith in the five principles of faith, give charity in the
above six cases, they pray, they pay zakat and fulfill the three pacts, and in
the three cases of patience wait patiently. And they are steadfast, they are
true to their faith.

Pietism: Benefactors
who believe in religion and use their wealth to help the needy; both perform
their religious and social duties and persevere in the fight against the
enemies of religion, are true pious virtues.

Faithfulness:
Although faith in the covenant is absolute in this verse, and includes every
covenant and obligation, It does not include faith and adherence to its
decrees, because adherence to its faith and its provisions is not limited to a
specific time.

Patience: Two
ethics of loyalty and patience, one of which patience demands stability and
the other loyality belongs to movement, does not hold all good ethics;  But
when both come true, other good ethics will come true.