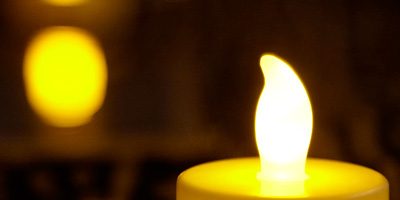 By: Dr. ShomaliLoveAccording to Islamic hadiths supported by rational arguments, the entire reason for having faith or lacking faith is based on love for Allah (SWT), and for whatever is related to Him (SWT). For example, we read in hadiths that once the Prophet (S) asked his companions: “What is the strongest handhold in Islam?” The companions gave different answers: some said prayers, others said fasting and others hajj. After they gave their answers, they said: “The Prophet and Allah know best”. So the Prophet answered: “To love for the sake of Allah and to dislike for thesake of Allah.”We must ask: what is the difference between one who is a believer and one who is not? It is not enough to know certain truths: Satan knows all those truths but he is still considered to be disobedient. Allah (SWT) says in the Qur’an that there are people who know everything and yet disbelieve:They impugned them though they were convinced in their hearts wrongfully and defiantly… (27:14)Similarly, to declare the truth is not sufficient to be a believer, as hypocrites declare the truth frequently. Describing such people, the Qur’an says:And there are some people who say: “We believe in Allah and the last day; and they are not at all believers.” (2:8)Love for the truth is the main distinction between a believer and a non-believer. Love requires knowledge and readiness to declare. This readiness to declare the truth does not include circumstances where a person must exercise taqiyyah, or the hiding of one’s faith in order to safeguard his own life or the life of other believers.One might wonder why Islam focuses both on love for the sake of Allah (SWT) and dislike for the sake of Allah (SWT). One might question the need for disliking and say that we should only have love in our hearts. However, Islam is a rational religion, and it is rationally understandable that when we love something we must necessarily dislike its opposite. How can we love the honest without disliking the dishonest? Or love truth without disliking falsehood? If you love a virtue, you cannot help but dislike the vice. Similarly, if you love Allah (SWT), you automatically dislike His enemies. Of course, a believer should not have any personal dislike for anyone. If we dislike someone, it is because of their bad qualities. We might love someone as the servant of Allah (SWT), but we cannot love the bad qualities in him. This is the rational implication of loving good things.